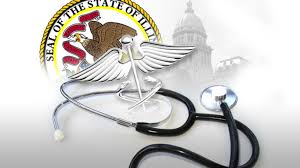 Michael Favia has 25+ years of experience as an Illinois lawyer. His experience in Health Law, Professional Regulation and Licensing is very extensive and diversified. He has served as an Assistant Attorney General and subsequently retained by the Governor of the State of Illinois at the Chief of Prosecution and Senior Technical Advisor to the Illinois State Professional Licensing Boards at the Illinois Department of Professional Regulation. As the Chief of Prosecution, he directed the statewide enforcement of Illinois professional licensing statutes, including the Medical Practice Act. He supervised 15 attorneys and support personnel in the statewide regulation of approximately 30 professions in which 150,000+ professionals were licensed.

Michael Favia is an aggressive Illinois workers’ compensation lawyer and personal injury attorney who offers legal service on a contingent fee basis, which means he gets paid only if your case wins. He uses a team approach involving experts and investigators to fight for his client’s rights and obtain maximum results. Use the links to learn more about personal injury and worker’s compensation areas of practice.

City, County and State Legal Counsel and Beyond

Attorney Michael V. Favia has had broad experience as an advisor and counsel to several elected officials in the City of Chicago. In 1984, he was retained as the attorney for the Chicago City Council’s Committee on Housing and Neighborhood Development. He assumed responsibility for the overall legal operation of the Committee and the drafting of applicable legal ordinances and statutes. He advised aldermen and other city officials daily. He represented the interests of the City and community in various courts and at administrative hearings. He continues to be actively involved in the City, County and State matters for many of his clients.