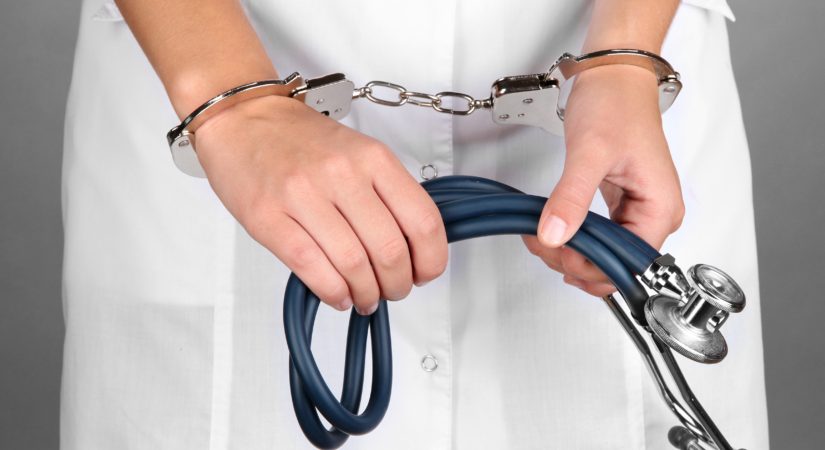 Major Opioid Bust was the Biggest Crackdown in U.S. History

A major opioid bust just took place and it is said to be the biggest in our nation’s history. Doctors and pharmacists were arrested and federally charged with illegally prescribing Opioids to people who did not need them. The allegations are that approximately 35,000 prescriptions of more than 32 million pain pills made in the hands of more than 28,000 people[i]. The major Opioid bust targeted illegal prescriptions for Oxycodone, Methadone, and Morphine.

Opioids are trafficked from their sources to a network of distributors and dealers down to street-level sales. These pills coming from Kentucky, for example, can make it into the hands of people who become addicted to Opioids, too often after being prescribed legitimate pain medication for injuries.

Widespread investigations lead to organized takedowns with the cooperation of national law enforcement agencies and officers. Since pill mills and illegal opioids are big black-market industries, investigators follow leads and connect the illegal players and prescribers.

Federal law enforcement executes arrest warrants at multiple locations at the same time. This way people involved cannot tip off other pill mills and offices where illegal prescriptions are being written.

See our article: Insulting your healthcare practice from fraud takedowns.

Among accusations investigated include trading sex for prescription drugs, giving pills to social media friends without a medical exam and, of course, pulling perfectly good and healthy teeth in order to write Opioid prescriptions.

Defending certain charges are easier than others. While some of the worst offenders engaged in egregious behavior, some might be more negligent than anything else. As the individuals charged in this major opioid bust contact criminal defense lawyers, they should also be calling professional license defense attorneys like Chicago IDFPR attorney, Michael V. Favia.

It is important that defense lawyers handling the criminal cases are talking to the professional licensing defense lawyers before entering pleas and making statements that can cause more harm to the careers of the doctors, pharmacists and healthcare professionals charged in an Opioid bust.

A major opioid bust can cause a chain reaction of regulatory and licensing activities in many states, in addition to those where the opioid busts took place.

Any licensed healthcare professional accused of writing illegal prescriptions should immediately call a Chicago IDFPR attorney for legal advice and representation. How and when contact is made with regulatory agencies like the IDFPR is very important to potential review and discipline, including license suspension and revocation.

A physician licensed in Ohio might also have a medical license in Illinois. The Interstate Medical Licensure Compact makes it easy for qualified physicians to practice in several states. And when disciplinary decisions are made in one state, the other states where the doctor is licensed are also notified. The National Practitioner Databank is a federal information collection program and when a physician licensed in Ohio is disciplined, there is a note in the Databank, and other states licensing the doctor can be notified.

Illinois doctors, nurses, dentists, and other licensed healthcare professionals trust Chicago IDFPR Michael V. Favia to represent them in court and before state regulatory agencies like the IDFPR. Favia is a former Illinois assistant attorney general and he was also a chief of prosecutions at the formerly named Illinois Department of Professional Regulation. Having been the prosecutor, Mike Favia knows what the IDFPR is concerned about and how to represent his clients in their best light.

At the end of the day, the IDFPR is concerned with regulating its many professionals to ensure they are all in good standing and practicing their professions safely and in the best interest of their patients. The procedure is as important as the substantive response to any IDFPR activity.

Too many licensees believe they can represent themselves and unfortunately put their careers in unnecessary peril when navigating foreign administrative waters. Call Michael V. Favia in Chicago at (773) 631-4580.

Outside of Illinois? The Law Office of Michael V. Favia works, of counsel, to Quintairos, Prieto, Wood & Boyer, P.A., and can represent clients in several states where QPWB has offices.

Read Michael V. Favia’s article: Advantages of being represented by an attorney in IDFPR proceedings.