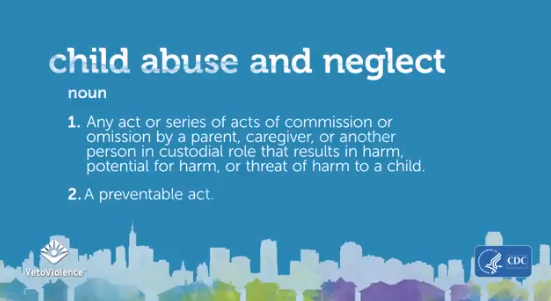 Michael V. Favia is an experienced Chicago IDFPR attorney who can help Illinois professionals understand mandatory child abuse reporting and their liability for failure to report. Favia can help explain rights and duties in the Illinois Abused and Neglected Children’s Reporting Act.

After consulting with attorney Favia about mandatory child abuse reporting and the professional liability consequences for failure to report, you can go back to your professional office and share the information with others so they can help prevent child abuse and neglect.

Child abuse and neglect are under-reported. That is why we all need to understand consistent definitions of abuse and neglect. As a licensed professional you are in a much better spot if you make a report that turns out to be false, as opposed to a failure to act, by failing to make a report.

For More Information, You Can Reference the Illinois Department of Children & Family Services: Manual for Mandated Reporters

The DCFS Children’s Task Force published the August 2019 revised edition of their Manual for Mandated Reporters. This recent article shows what happened when a teacher in Aurora failed to report: Jury finds Aurora teacher guilty of failing to report suspected child abuse

Failure to report child abuse as a mandatory reporter is a Class A misdemeanor in Illinois. A teacher in District 131 was charged and found guilty of not reporting suspected child abuse. Reports show the teacher knew the child was being abused. Even though she knew, the teacher failed to report the abuse. Teachers are mandated reporters in Illinois.

The teacher faces jail time for being a mandated child abuse reporter who did not report child abuse. At sentencing, she faces up to 364 days in the Kane County Jail.

In a statement in the press release about this case the Kane County State’s Attorney, Joe McMahon said, “I hope this verdict sends a clear and strong message that there are consequences for those who do not take this

obligation seriously.” Further, he stated, “Mandated reporters who reasonably believe that a child may have been abused or neglected must immediately call DCFS at 800-252-2873 to make a report.[i]”

Attorney Favia wants to remind most medical and healthcare providers, like teachers, are mandated to report child abuse and neglect pursuant to the Illinois Abused and Neglected Children’s Reporting Act. Anyone who is a mandated reporter should be trained and prepared to spot the warning signs of abuse and neglect and call DCFS to make a report.

Failures of mandated reporters to contact DCFS about child abuse and neglect can lead to professional discipline and license issues when the IDFPR finds out. Licensees know that they have a duty to report to the IDFPR if they are charged with a crime. Failures in mandated child abuse reporting are crimes the IDFPR investigates. Investigations at the Department lead to informal hearings, formal hearings, and other disciplinary and regulatory actions.

You Need a Tough and Experienced Chicago IDFPR Attorney to Save Your License, Save Your Career

Mandatory child abuse reporting violations must be handled cautiously when your livelihood is at stake. Don’t lose your license by ignoring the IDFPR, trying to resolve an investigation on your own, or use a lawyer who isn’t specifically experienced in negotiating and working with the Illinois Department of Financial and Professional Responsibility.

Michael V. Favia is a former Illinois Assistant Attorney General and a former IDFPR Chief of Prosecutions. Favia’s contacts and relationships with the IDFPR make him a strong advocate for you and your professional license. Favia and his team work to resolve your matter informally but are ready to suit up for formal hearings, trials, and appeals to courts when it is necessary. Contact Michael V. Favia today!

EXCELLENT Based on 12 reviews.

Nick Augustine, J.D.
Verified
I am the marketing guy for Michael V Favia and have known him for at least 10 years. We were both on the John Marshall Alumni Board together, when he was President. From time to time I've sent Mike referrals and I always hear positive reports from my friends and colleagues I've sent bis way for personal injury matters and nurse licensing issues. Great firm amd I'm so happy to be able to work with them all.

Jeremy Winter
Verified
Mike and Jackie are the best. If you are in need for top notch, compassionate, and smart lawyers---look no further!

Esther Vega
Verified
I've known Mike both personally and professionally for over 25 years. Anything I do that requires a lawyer, Mike is my guy. He's incredibly experienced and knowledgeable in the law and gets the job done. I have recommended Mike to family and friends and he has done well for them. Mike also has a team of Associates that are ready to help at a moment's notice. If you need an attorney, give Michael a call; you won't go wrong.

Tarzan
Verified
I was rear ended by a reckless, moronic truck driver three years ago in Indiana. I live in Illinois, and I am a truck driver as well, so I was referred to Michael by my doctor. Despite the accident happening in Indiana, I felt that Michael and Tom Kain came through for me. Insurance companies for the trucking industry loves to be a pain in the rear when it comes to settlements, and this one was no exception. Michael made sure that all of my bills was accounted for, paid, and his expenses were very fair. I would have no trouble in recommending Michael to other people. He is very down to earth and will not make false promises. I received a good settlement in despite of Indiana's nutty laws, and am glad of the results.