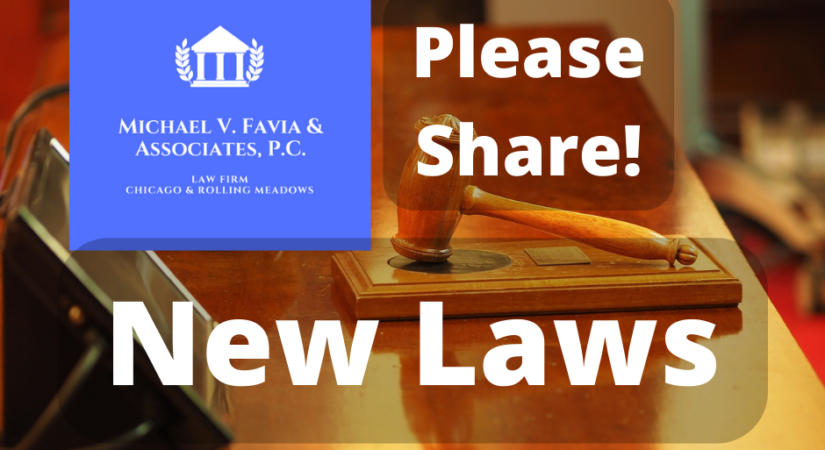 The Illinois SAFE-T Act, Criminal Justice Reform of Jail Time and Police Use of Force

Cash bail, with a few exceptions, is eliminated across much of Illinois. There are several counties, however, that were part of a lawsuit that resulted in the decision that the new cash bail law will not apply in those 65 counties. In addition to the elimination of cash bail, the SAFE-T Act adds employment restrictions for convicted sex offenders.

Historically Illinois has been a strong union state and voters approved a recent amendment to the Illinois Constitution regarding their right to organize and engage in collective bargaining over employment terms. This prevents a right-to-work law that would allow workers covered by union contracts not to pay dues. A concern for a legislative shift to the political right could open the door to right-to-work legislation.

Possession of burglar tools, the criminal charge, was extended to include specific tools used in auto theft to be considered within the definition of burglary tools. For victims of car thefts and carjackings, there will no longer be a liability for citations like tickets and tolls issued for the stolen vehicle.

Students training to become teachers who have earned at least 90 credit hours can obtain a substitute teaching license now, and this helps address the shortage of teachers. Previously substitute teachers were required to have a bachelor’s degree or higher from an approved school.

Want to knock off some student loan debt? The new law in Illinois allows certain people with an associate’s degree and higher to work for a human services agency working with the state to provide “direct or indirect services that ensure individuals have essential elements to build and maintain physical, emotional, and economic well-being at every phase of life.”

A new law in Illinois required a coroner or medical examiner to notify the FBI within 72 hours of their discovery of unidentified human remains. This follows the case of the death of Jelani Day.

Time Off for Miscarriages

Women having miscarriages, stillbirths, and other complications and events related to fertility and pregnancy have the right to take up to 10 days of unpaid leave from work.

Latex allergies and children’s sensitivities to exposure to latex led to a new law banning the use of latex gloves when handling and preparing food. First responders like paramedics will no longer use latex gloves, thus improving safety for people receiving emergency medical care who may have latex allergies.

It is easier and safer to file paperwork to obtain an order of protection and a new law allows anyone to file for a protective order in Illinois by email and online, in addition to doing so in person at the clerk of court. Courts with populations above 250,000, must offer remote hearings now.

Supporting the Illinois economy means offering reduced vehicle registration fees for vehicles built in the State of Illinois. Cars and trucks built in the state include EVs such as the Rivan, which Amazon is buying for delivery vehicles.

Helping seniors save money, Illinois vehicle registrations will only cost them $10, a reduction from $24.

The next of kin of fallen Illinois service members who sacrificed their lives in active state or federal duty will be honored and presented with an Illinois state flag.