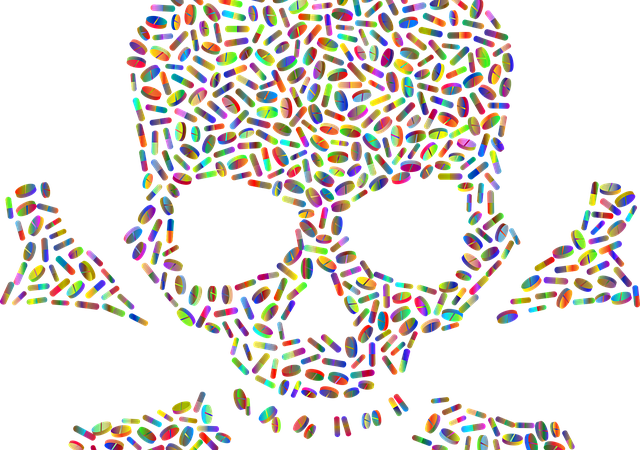 “This nationwide enforcement operation is historic in both its size and scope, alleging billions of dollars in healthcare fraud across the country,” said Acting Attorney General Brian C. Rabbitt. The U.S. Department of Justice recently announced in connection with this takedown, the creation of the National Rapid Response Strike Force targeting health care fraud. For detailed information on the takedown, read the DOJ’s press release, National Health Care Fraud, and Opioid Takedown Results in Charges Against 345 Defendants Responsible for More than $6 Billion in Alleged Fraud Losses.

Telemedicine fraud was a target in this takedown and it is alleged that more than 86 criminal defendants were charged for $4.5 billion in false and fraudulent reimbursement claims. The allegations state that doctors and nurses were paid for unnecessary equipment, testing, medications, and services for telemedicine patients who were never seen or met.

More than a dozen defendants were charged in “sober homes” fraud cases. Allegations state that false and fraudulent claims totaling more than $845 million involved tests and treatments for patients seeking rehabilitation for alcohol and drug addiction.

Illegal prescriptions, distribution of opioids, and cases involving traditional healthcare fraud schemes involve more than 240 defendants and more than $800 million in fraudulent claims for services that were not medically necessary, and others billed but never provided. These fraud schemes involved multiple co-conspirators and kickbacks.

What we do not know from the DOJ’s report on this takedown, is how many people investigated, connected, or charged, had personal knowledge of these schemes. In many cases, some actors within these healthcare organizations made money committing fraud and exposed many other healthcare professionals to criminal and regulatory liability.

How Michael V. Favia & Associates Can Help You Insulate from Exposure to Healthcare Fraud Liability

When you call the Favia Law Firm, you can learn your exposure to liability for fraud claims. As you are likely aware, the weakest link in the chain can damage your practice, your license, and your career. Even though we may be able to successfully assist you with licensing and regulatory issues, we suspect you would do everything in your power to never have to face an investigation or worse.

In our licensing defense practice, too often we hear from healthcare professionals who handled IDFPR issues on their own, which could lead to unforeseen future complications. Michael V. Favia is a former Department Chief Prosecutor and he leverages his skills and experience as a former prosecutor to advise and represent doctors, nurses, dentists, and other licensed healthcare professionals in Illinois.

When you adopt routine audits and fraud protection plans in your practice, you get a better handle on all your records and practices. You may be better able to defend yourself if someday you are targeted.

Defendants charged in this takedown involve false and fraudulent claims involving telemedicine, substance abuse treatment, and other healthcare fraud and illegal opioid operations. The investigations into telemedicine, “sober homes,” and other traditional healthcare fraud schemes shows that law enforcement and investigation agencies are highly organized and effective in these takedowns.

Defendants charged with fraud claims in this takedown billed the government for illegitimate services and used aggressive marketing campaigns to lure patients, particularly those seeking opioids. We know from many investigations and reports that the opioid epidemic opens the door to countless forms of fraud. The amount of money made on bogus claims to Medicare, Medicaid, and other government and private entities is significant.

Doctors, Protect Yourself. Read Our Article: Insulating Your Healthcare Practice from Fraud Takedowns

Here at Michael V. Favia & Associates, we have been reporting about nationwide investigations and task force takedowns for several years, including the article linked above with tips on insulating yourself and your healthcare practice in the event you are targeted in a fraud investigation. And last year we wrote, Major Opioid Bust: 60 Doctors and Pharmacists Charged.

Now, this huge takedown of 345 defendants in 51 Federal districts, shows us that local, state, and federal law enforcement and investigative agencies are dedicated and relentless. Several agencies work together in attacking the opioid epidemic and the frauds perpetrated against our government and other agencies.

Healthcare Fraud and Opioid Takedown Cases Are Serious and Your Chicago IDFPR Attorney, Michael V. Favia Can Help You Protect Your Practice, Your License, and Insulate You From Exposure to Fraud Scheme Liability (312) 609-6666 in Chicago in Rolling Meadows

EXCELLENT Based on 12 reviews.

Nick Augustine, J.D.
Verified
I am the marketing guy for Michael V Favia and have known him for at least 10 years. We were both on the John Marshall Alumni Board together, when he was President. From time to time I've sent Mike referrals and I always hear positive reports from my friends and colleagues I've sent bis way for personal injury matters and nurse licensing issues. Great firm amd I'm so happy to be able to work with them all.

Jeremy Winter
Verified
Mike and Jackie are the best. If you are in need for top notch, compassionate, and smart lawyers---look no further!

Esther Vega
Verified
I've known Mike both personally and professionally for over 25 years. Anything I do that requires a lawyer, Mike is my guy. He's incredibly experienced and knowledgeable in the law and gets the job done. I have recommended Mike to family and friends and he has done well for them. Mike also has a team of Associates that are ready to help at a moment's notice. If you need an attorney, give Michael a call; you won't go wrong.

Tarzan
Verified
I was rear ended by a reckless, moronic truck driver three years ago in Indiana. I live in Illinois, and I am a truck driver as well, so I was referred to Michael by my doctor. Despite the accident happening in Indiana, I felt that Michael and Tom Kain came through for me. Insurance companies for the trucking industry loves to be a pain in the rear when it comes to settlements, and this one was no exception. Michael made sure that all of my bills was accounted for, paid, and his expenses were very fair. I would have no trouble in recommending Michael to other people. He is very down to earth and will not make false promises. I received a good settlement in despite of Indiana's nutty laws, and am glad of the results.